Over thirty years ago Adrian Wild, a Civil Engineer by training, set up a building company that went on to build in excess of 300 extensions and around 80 new builds. The company expanded from one manager and handful of contractors to a team of six managers and over 40 subcontractors. With a turnover of £4-5 million per annum.

Adrian found estimating a hugely time-consuming process. Thus, when he couldn’t find an estimating software package designed for his size company – he wrote his own software. And that was how HBXL Building Software was born.

It took over 4 years of development before launching the first generation EstimatorXpress estimating software. They’re now on EstimatorXpress 2017 (ten versions later!). PlansXpress, Health & Safety Xpert and ContractsXpert software followed. The aim of all the packages being to save time, reduce errors, minimise stress.Ultimately improving the profitability of building companies.

In 2010 Adrian and the developers started working on a new generation of software. This was an integrated platform that would produce a cost breakdown whilst drawing and evaluating the plan for energy performance. That was the start of BuildingWorks and over time Integro Construction Software was formed, another HBXL Group company.

BuildingWorks has been seven years in development in conjunction with the Technology Strategy Board, University of West of England and Innovate UK.

It has already become the talk of both construction and technology industries. Awards have already been won and there are more on the cards. Moreover, the feedback is great with subscriptions useful for building firms, developers and designers.

For more information on BuildingWorks give us a call on 0117 916 7880 or arrange to have a free trial here. 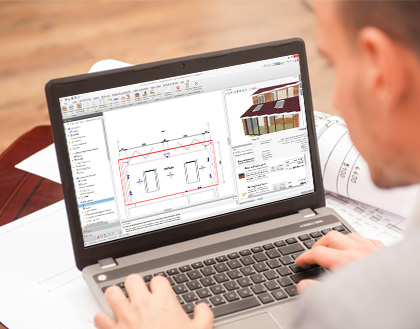 Start trialing BuildingWorks and download the software right now! We'll then get in touch to set up a 'how-to' session. Carry over your projects when you start subscribing.

2020: What happened to the digital transformation?

Want to try out the software free?

Get a Free Trial

Let us show you online how our software can help

Got a software question for the team?